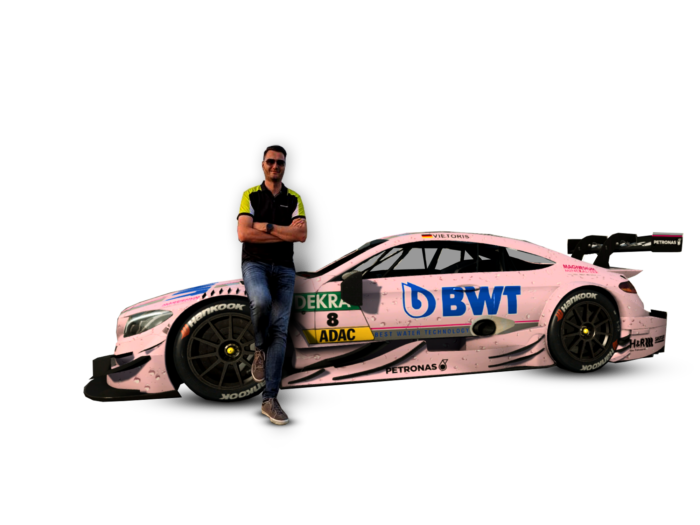 Dennis Rottmann was born in germany end of the 70s.

His first racing impression was pole position, but he developed his taste with Outrun in dutch arcades. While playing Formula One Grand Prix on his Amiga, his parents gave him a steering wheel for present – which turned out to be flight simulation equipment. At least it was possible to accelerate and brake.

As time passed by his friends didn´t want to compete in racing games, if any, Lotus Esprit Challenge, but pretended soon that the amiga discs were gone. Occasionally only games like Mortal Kombat appeared. This is where he learned to lose – round by round.

After receiving his first computer with DTM Race Driver, GTR und GTR 2 he took a long break due to familiy reasons.

Dennis started again into simracing in 2014 and afterwards joined the virtual racing community, attending the porsche cup in 2018 and the VRTM in 2019. He joined Zeroforce Racing for the actual VRTM season.