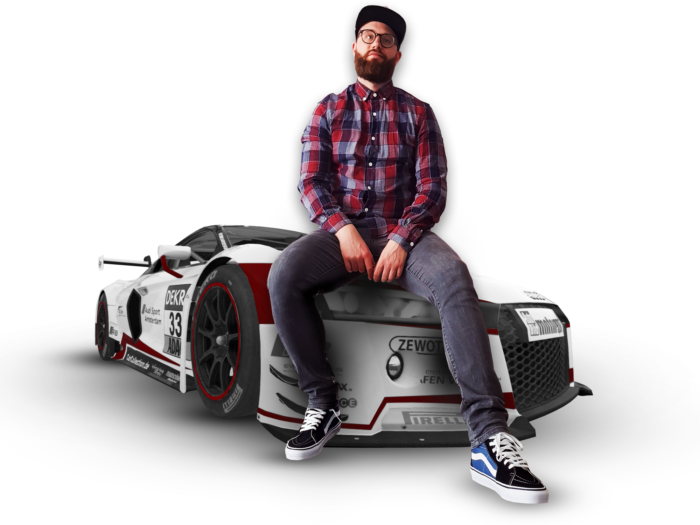 Snowboarding, bodybuilding, downhill MTB, football, windsurfing. There are countless types of sports Jens Fiedler tried and he was always
incredibly bad in them. To be honest, simracing is just another entry on this list.

In 2004 he got in contact with the first part of the GTR series by Simbin. He stayed with the series and its
successors („GTR2“, „Race07“, „GT Legends“) till 2013. From 2013 to 2018 he was racing in iRacing participating in the IMSA racing series. In 2018 he headed back to Simbin/Sector3 game „RaceRoom Racing Experience“. He´s one of the founders of zeroforce racing.