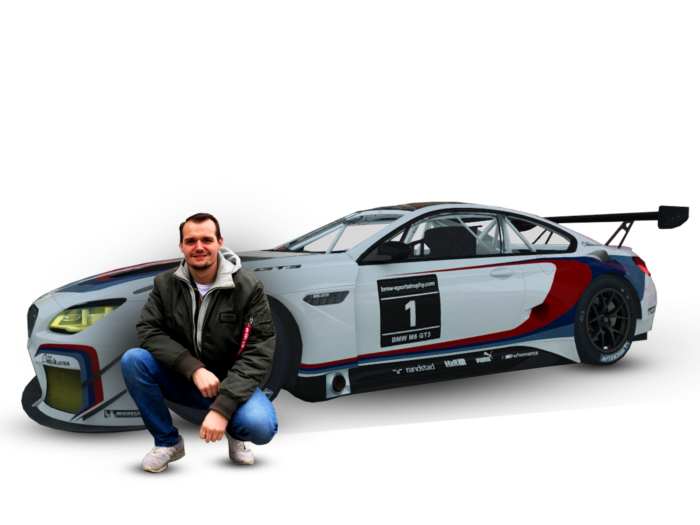 Marius was born in 1988 somewhere in the romanian Carpathians.

His first experience with motor sport he had in 2010 as a visitor of the famos 24h race at the Nürburgring Nordschleife. Since then he did a deep dive into the facinating world of racing. As a hobbyistic racing driver he drove many laps at the Nordschleife during tourist rides. As becoming a competitive racing driver in the real world will almost stay a dream forever, in 2018 he decided to compete in simracing. Since then he is driving a BMW M6 GT3 in the VRGT3 simracing league.

After the first steps he got comfortable with simracing very quickly and is improving his skills from race to race. His goal for the next season is to enter the top 10 of the league.