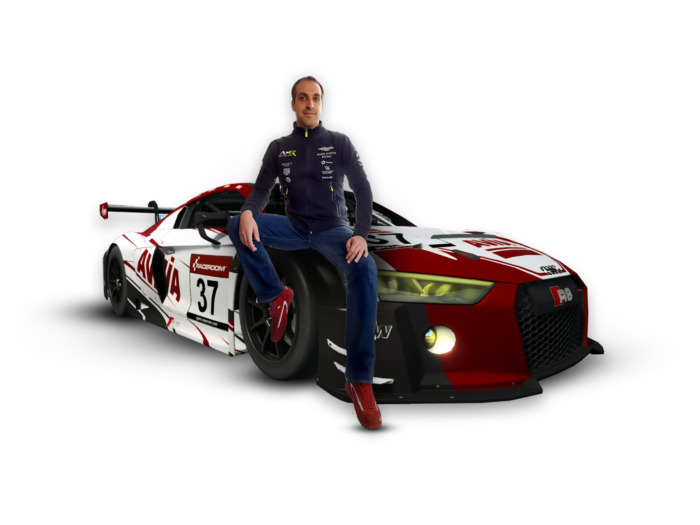 Josef Hambitzer was born in 1981 not too far form the legandary Nordschleife in Bonn, Germany .

His simracing carreer started in 1996 with „Grand Prix 2“ which was developed by Microprose.

After the destruction of many joysticks he was very lucky because his parents bought him a wheel. Never in touch with consoles he drove many racing simulations on the PC.

After playing Project Cars for months there was a question: „Is there nothing else?“ In this mindchanging moment Sector 3 released the Nordschleife for Raceroom Racing Experince and the Virtual Racing community got a new member.

Needless to say that the racing equipment had to be upgraded. Starting with a Logitech Momo Wheel to a Thrustmaster T500 and now a Fanatec V2.5. The midterm goal is to drive with a Fanatec Direct Drive wheel.

Josef participates in the VRGT3 since september 2017, always trying to improve his racing skills and maintaining his motto – always fairplay.